A Study of Urban Development in New York City 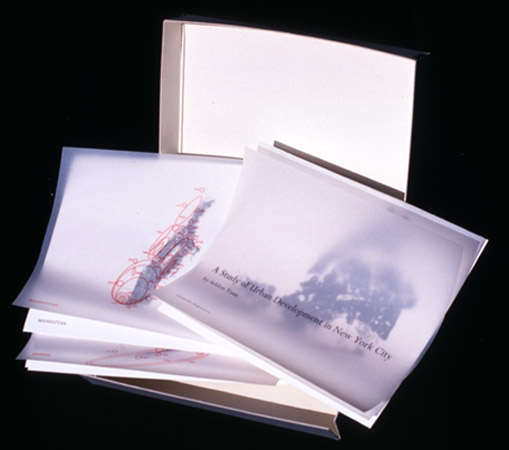 The box set of map plates with vellum of the five boroughs of New York City are a study in the
visualization of the humanity and history of the city as defined by its streets and urban grid.
There are six plates, one of each borough and one of all boroughs, with corresponding
transparencies that identify areas with decades of development. Each circle on the transparency
is related to a decade of time. These decades encircle areas of initial settlement and major
development and urbanization by Europeans, which now constitute the current grid and neighborhoods
of today’s New York.Each borough is made of several transparencies that depict main streets,
greenery, and side streets.

The prints depict each borough of New York City and all the boroughs together. What could
nonchalantly be called maps are in fact not maps. Instead, these drawings – literally created
line by line – are more like an atlas, a nonfunctional way finding system. They are pure
abstractions of the form of New York City. Ignoring the land mass and lore of the city, the
prints focus on what truly embodies and defines New York, which are its streets. Like a heart,
it is these veins and arteries that feed the mechanisms of New York. It is the streets that
herd people, that are the conduits that carry people, that are the one common space that each
person traverses despite class or ethnicity.

These pieces describe New York’s past. They are an illustration of the evolution of urban
development and planning in New York. How and where people lived.How the grid was laid and then
broken as part of a long uncoordinated plan among many people. How urban and suburban exist.
How certain neighborhoods are laid open and straightforward and others hidden and winding.

Yet, the pieces also redefine our sense of space. On a microcosmic level it is like an M.C.
Escher drawing, where the hand draws the hand that draws the hand but instead it is the viewer
on the street on the map on the street on the map. On a macrocosmic level the pieces remove us
from our space and understanding of New York. As an abstraction with no named streets it allows us
to see a whole form. It allows us to see past the familiar areas to see the parts unconsidered,
where roads narrow and meander. Rendering the familiar unfamiliar and the unfamiliar a curiosity,
the pieces inspire exploration. The maps detail how truly vast New York City is. 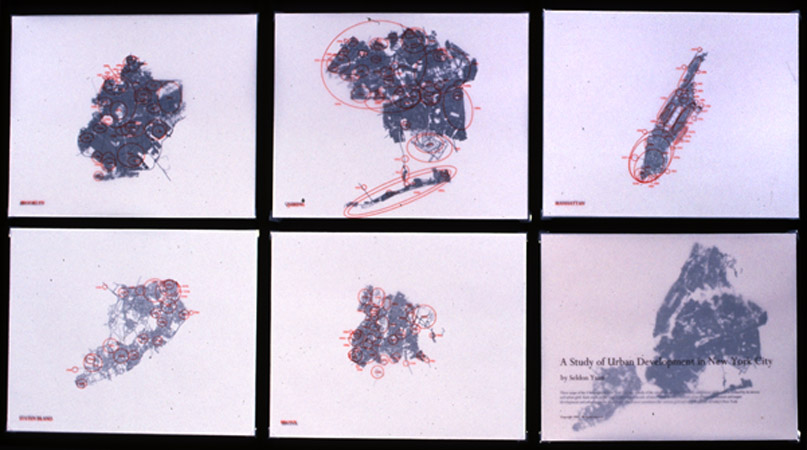 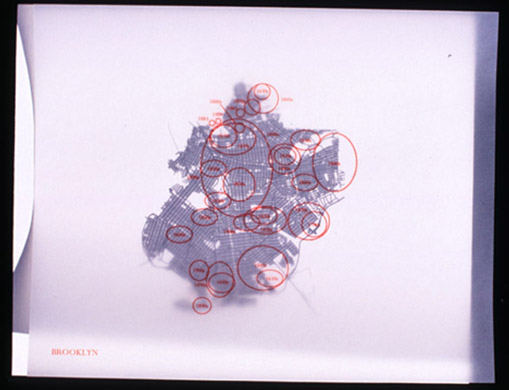 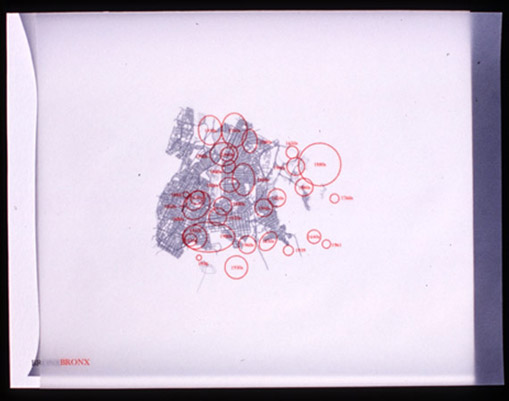 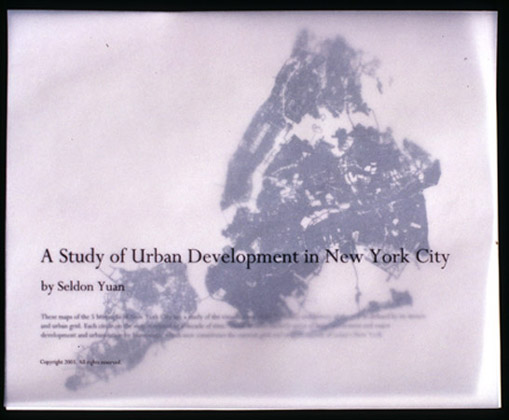 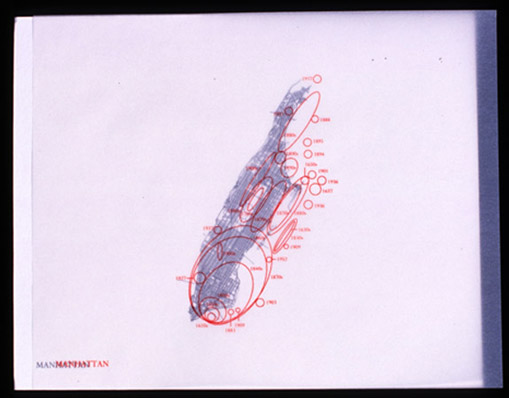 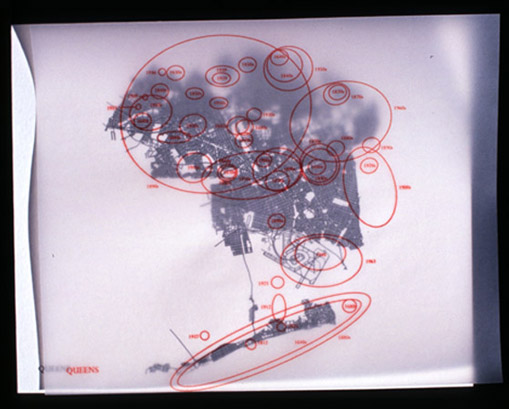 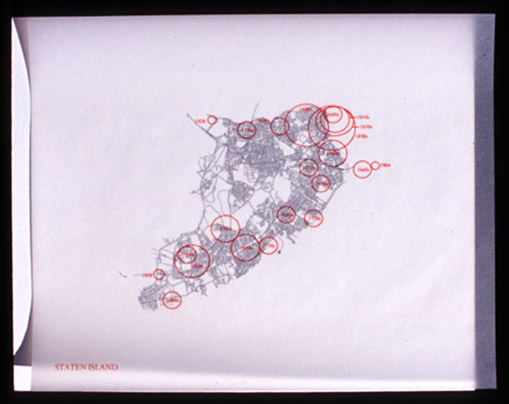