This series of drawings are based on events when I was either not allowed to photograph a scene or did not have a camera or deemed it inappropriate to photograph at that moment, but wanted to create a mnemonic for that event as I recall it in both language and image. 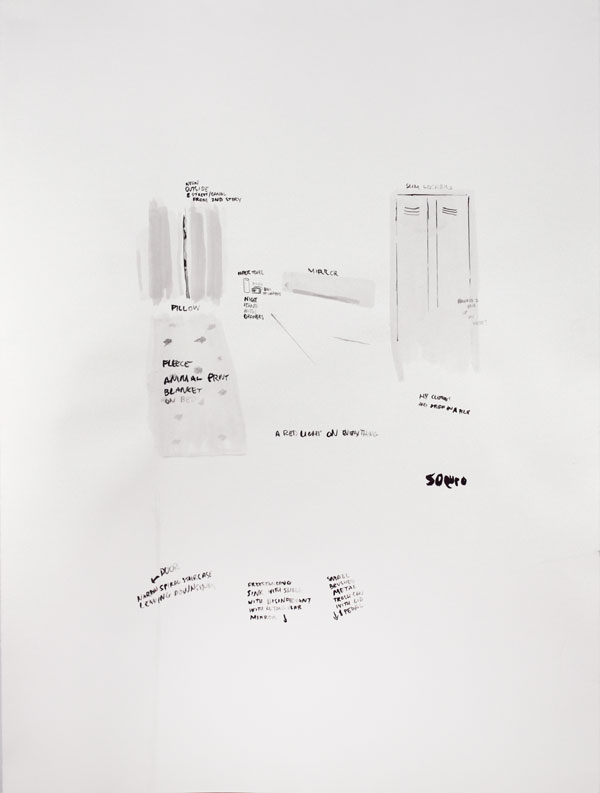 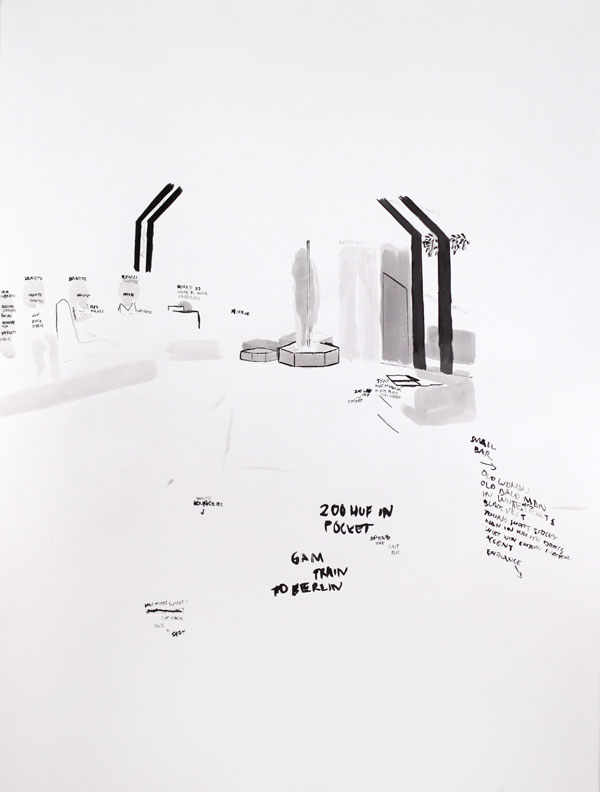 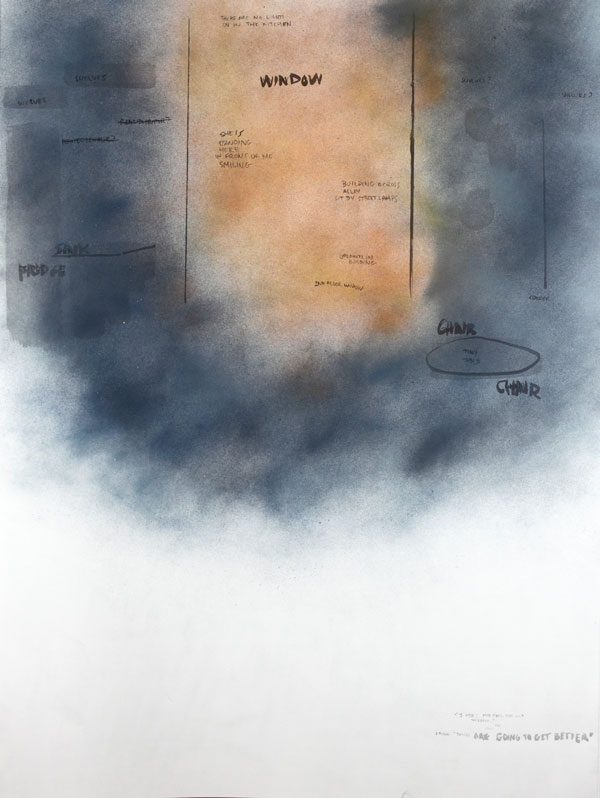 NO PHOTOS: Things are only going to get better (Paris, Passage Jousset), 2008. 50×38 inches. Ongoing series.
Click image to enlarge. 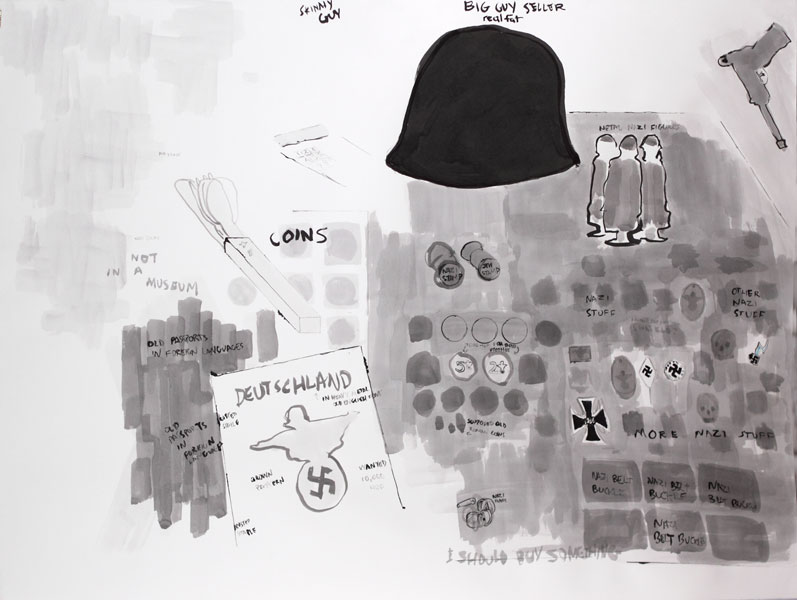 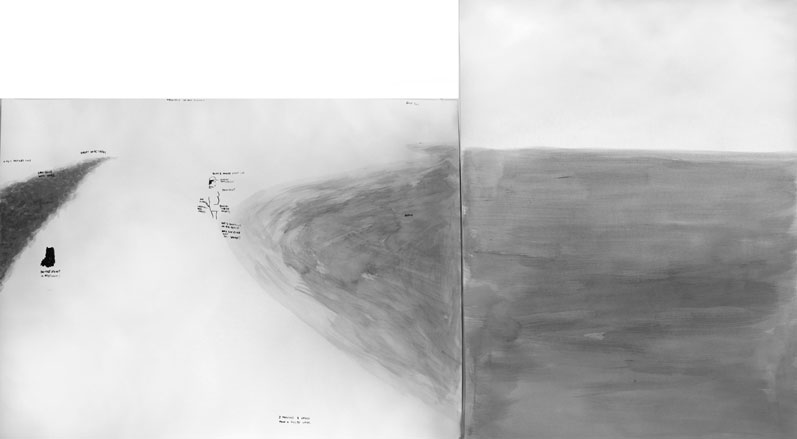 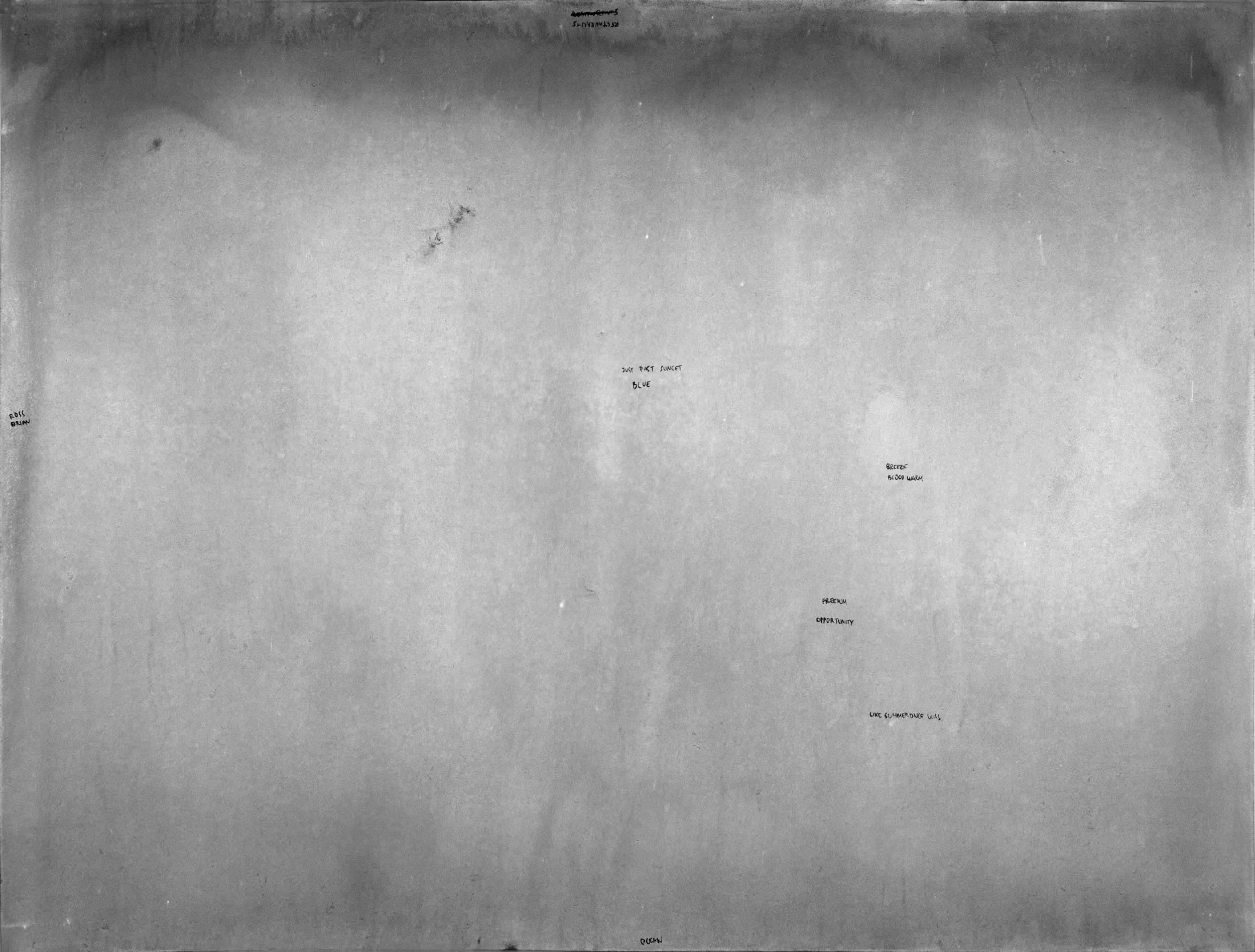